The National Archives of Georgia, together with the Sub-department of Ajara AR Government Archives Administration and Technological Museum of Nobel Brothers participates in "Branobel History Project" of the Center for Business Hisotry in Stockholm.

The project aims to study the history of the activities of Nobel Brothers and the Swedish companies in Georgia in the 19th-20th centuries. The existing archival documents and notifications will be searched for and uploaded on a special web-site in the frames of the project.

In 2011 the delegation of Sweden was visiting Georgia. The head of the delegation of the Centre for Business History in Stockholm was Mr. Alexander Husebye, Director of the Centre. The delegation members were: Mr. Thomas Tyden, Head of Nobel Family Society, Mr. Per Dahl, Head of Research CBHS, Mr. Hans Gustafsson, Program Manager and Mr. Vadim Azbel, the archivist of the Centre for Business History. The guests were acquainted with the documents about the Swedish businessmen, preserved in Georgia. After this the National Archives of Georgia was involved in the project.

At current stage the National Archives of Georgia have created the electronic versions of the documents interested for the Swedish side and is transffered to the Center for Business History in Stockholm to be uploaded on a special site www.cfnonline.se 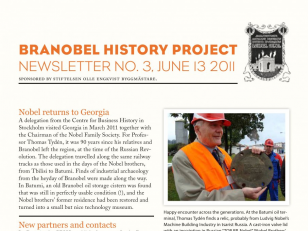 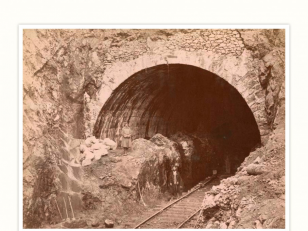 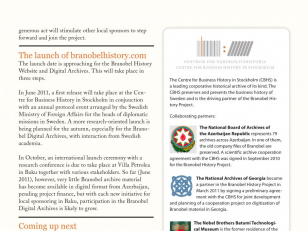