Law on Appointment of the Constituent Assembly Elections 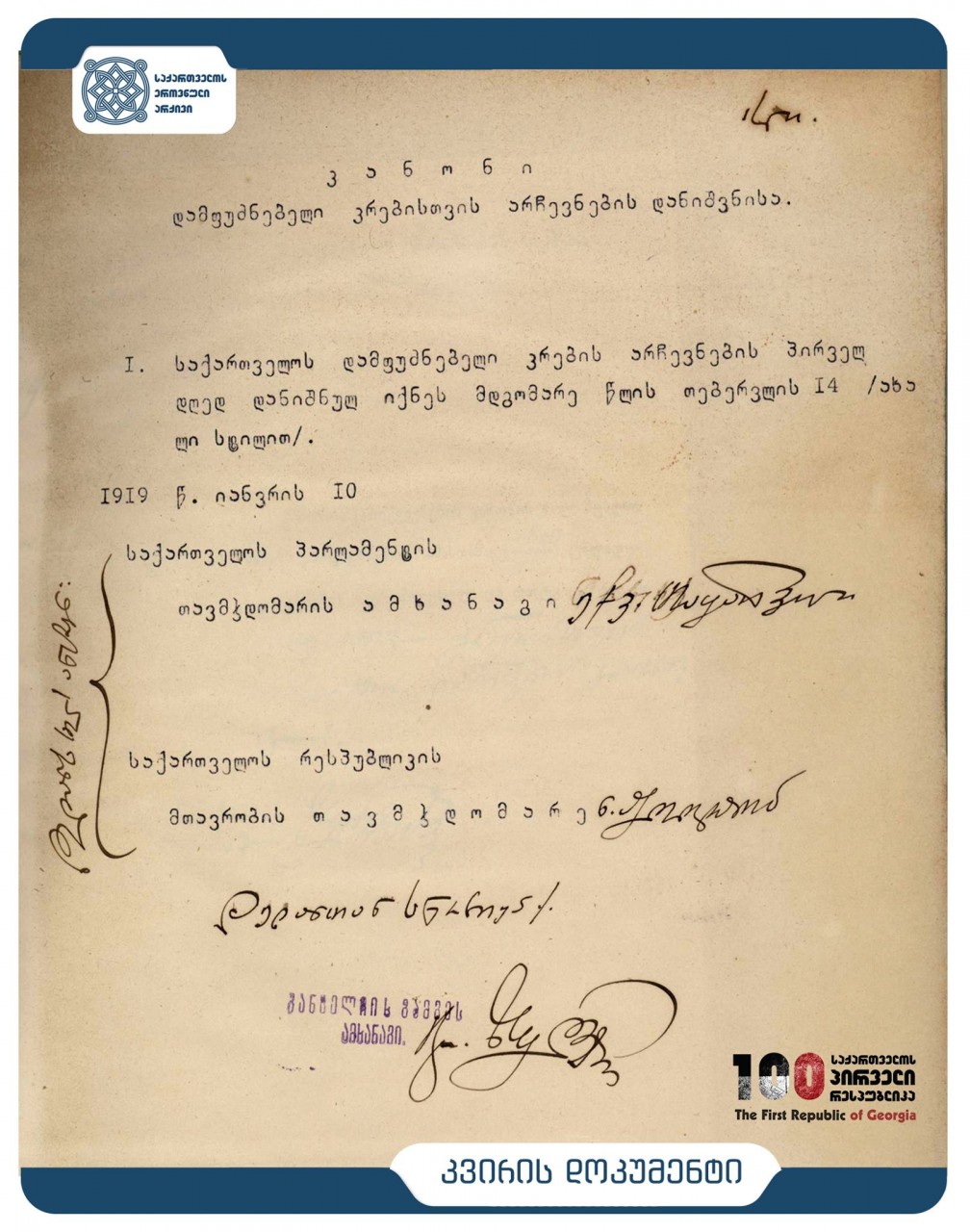 The Constituent Assembly of Georgia was the highest legislative body of the country, which should be elected by equally, secretly and proportional system.

Every adult (20 year old) citizen of the country had the right to participate in elections, regardless of sex.

In the constituent Assembly, the citizens of the Republic should choose 130 deputies. Pre-election Campaign was held from December 1918 to February 1919. Elections were held on 14, 15 and 16 February in most of the electoral districts.