Society for Spreading Literacy Among Georgians

The collection is published  within the framework of the pan-European theme "Heritage and Education" of the 2020 "European Heritage Days" in Georgia.

From October 2 to November 7, with the support of the Ministry of Education, Science, Culture and Sports of Georgia, Georgia marks the European Heritage Days.

The Society for Spreading Literacy among Georgians was established om March 31, 1879.

Among the founders of the society were: Dimitri Kipiani, Ilia Chavchavadze, Niko Tskhvedadze, Iakob Gogebashvili, Akaki Tsereteli, Ivane Machabeli, Raphiel Eristavi, David Karichashvili and others. Numerous patrons provided financial assistance to the society, including: David Sarajishvili, the Zubalashvili brothers, the heads of the Tbilisi Local Bank and the Kutaisi Bank; Georgian writers and public figures, as well as each member of this society, helped the society with publications and monetary donations.

After founding the Society for Spreading Literacy among Georgians, national educational system was established in Georgia: dozens of schools, libraries and cultural-educational institutions were opened. The society provided assistance to Georgian writers and public figures, pupils and students. 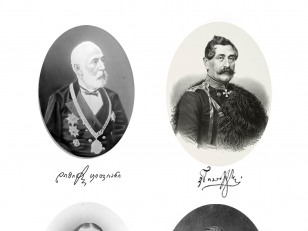 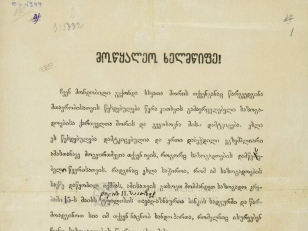