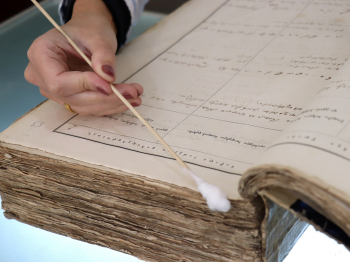 21 046 papers, 426 photo positives, 4 photo albums, 97 draughts, 75 newspapers, posters and other archival material were restored at the Laboratory of Restoration of the National Archives of the Ministry of Justice of Georgia during 2019.

Laboratory of Restoration is also involved in the project of digitalization. In its frames 874 files were bound again, set in cover and prepared for digitalization during the year.