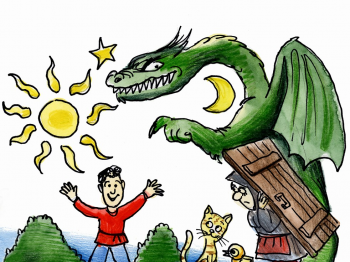 Audio versions of up to 30 Georgian fairy tales were recorded in the audio studio of the National Archives of the Ministry of Justice of Georgia and they are available on the Internet.

The new recordings are continuation of the project "Georgian Tales – Audio library" – launched in 2014. Three years ago, the National Archives published 100 audio recordings of the tales, recorded in the studio “Melody” in 1960s and 1980s. The project was followed by the great interest, so its continuation and creation of new recordings was decided.

Together with fairy tales, the actors also worked on film-strips and recorded 8 film-strips text. More than 150 film-strips are kept in the archives and now their Digital versions are under construction. The audio version of the texts brings new life to a sort of popular cartoon films in the 1960s and 1980s.

Voicemail versions of the film-strips uploaded to the National Archives youtube channel - www.youtube.com.