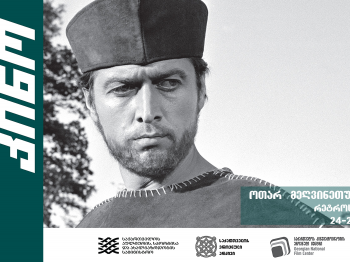 On November 24-27, the National Archives of the Ministry of Justice of Georgia will host a retrospective of films directed with the participation of Otar Megvinetukhutsesi.

The event is dedicated to the 90th anniversary of the birth of Otar Meghvinetukhutsesi.

The films presented at the retrospective have been digitally restored at the initiative of the National Film Center in cooperation with the National Archives.

Retrospective program is available at the link: https://archive.gov.ge/ge/movies.