“Caucasian Trio” – Georgian premiere at the Cinema of the National Archives 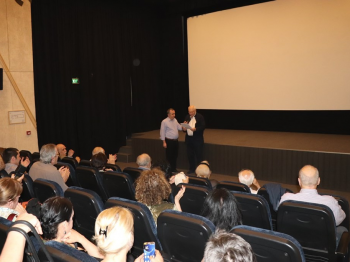 The film “Caucasian Trio” was shown for the Georgian audience today at the cinema of the National archives for the first time.

The screening was attended by scriptwriter Rustam Ibrahimbekov and the director Eldar Shengelaia, film cast and members of the crew.

Main characters of the film – Caucasian Trio – Azerbaijanian, Armenian and Georgian friends – are helping the son of one of three to solve the problem.

According to the script of Rustam Ibrahimbekov the director Eldar Shengelaia shot a film in 2015.