Photo from the Feature Film &quot;Chrichina&quot; – Document of the Week 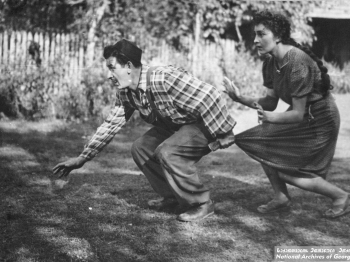 The document of the current week of the National Archives is the photo from the filming location of the Georgian feature film “Chrichina” (“Cricket”), 1954. In main roals: Dodo Abashidze (Bichiko) and Leila Abashidze (Chrichina).

The photo is kept at the National Archives of Georgia, at the photo collection of the Georgian feature films.