Culturfilms of the National Archives will be shown in MoMA 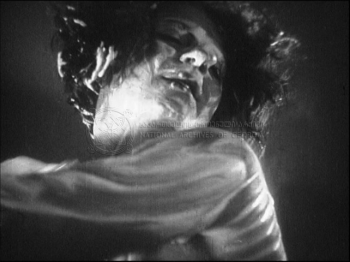 In the frames of the retrospective of the Georgian films in USA – Discovering Georgian Cinema - four culturfilms, preserved at The National Archives of Georgia will be shown on 16 October in The Museum of Modern Art (MoMA).

Deputy Director of the Audio-Visual and Film Archives of the National Archives of Georgia, Nino Dzandzava will present the films: Call of the Land (1928, director Siko Dolidze), You Must Reap What You Have Sawn (1930, director Kote Mikaberidze), Morning Ten Minutes (1931, director Alexander Jaliashvili) and The Hygiene of the Collective Farmer (1934, director Vakhtang Shvelidze).
The same films will be hosted by Pacific Film Archive on 19 October.

It’s worth mentioning that in the frames of the retrospective Pacific Film Archive holds the five weeks course concerning the Georgia film. During this course the lectures will be given and the Georgian films shown. On 20 October Nino Dzandzava will make a speech on the subject: The challenges of the Archival Activities in Georgia and will present the feature film Natvris Khe (Tree of Desire) to the attending audience.

The retrospective Discovering Georgian Cinema was prepared by the University of California, Berkeley Art Museum and Pacific Film Archive (BAM/PFA) in collaboration with The Museum of Modern Art (MoMA) in NYC. From the Georgian side the partners of the event are: Ministry of Culture and Monument Protection; Consulate General of Georgia in New York; Georgian National Film Center, National Archives of Georgia, Ministry of Foreign Affairs of Georgia.