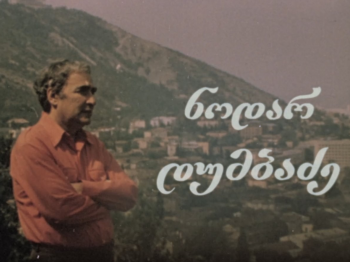 July 14 is the birthday of writer Nodar Dumbadze. The National Archives of the Ministry of Justice of Georgia will present the documentary film "Nodar Dumbadze" (1981) by director Givi Monavardishvili in its online premiere format on its Facebook page on July 14 at 18:00. Authors of the script: Nino Natroshvili and Nikoloz Drozdov.

The first such demonstration was held on July 30, 2021. The audience saw Giorgi Shengelaia's documentary film "Pirosmani".