The National Archive of Georgia was filled with new documents 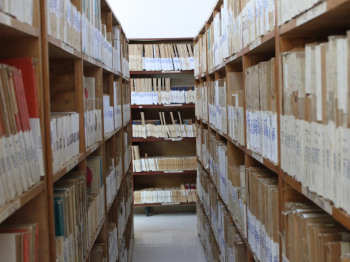 Written documents, 766 photographs, 23 film documents, 10 phonorecords, 55 books and more than 300 newspapers and magazines were added to the documents stored in the National Archive of the Ministry of Justice of Georgia in 6 months of 2022.

The documents include both the material of state institutions and documents kept in private archives.

It should be noted that in the first half of 2022, director Gia Chubabria's documentary film "Qartuli Jvris Monasteri Ierosalimshi" (cinema) and director Lana Ghoghoberidze's feature films: "Me Vkhedav Mzes" and "Feriscvaleba" (electronic version) were added to the rich collection of the film archive of the National Archive. In addition, the National Archives acquired about 140 photos of Georgian film shooting locations from a private collector, and received family photos of composers Sulkhan and Guram Nasidze as a gift from citizen Irakli Ebralidze. The audio archive was enriched with the recordings of the ensembles - "Rustavi" and "Adigea", as well as with the author's songs of composer Marika Kvaliashvili. The audio recording of Meliton Balanchivadze's opera "Darejan Tsbieri" was added to the phono archive.

In the same period, the transfer of archival documents to a digital medium was actively underway: electronic versions of 466,209 written documents, 150 film documents, 3,520 photos and 220 audio documents were created.