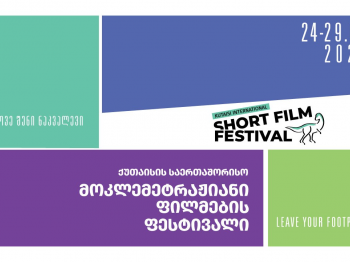 Films preserved in the National Archive of the Ministry of Justice of Georgia are presented at the second Kutaisi International Short Film Festival.